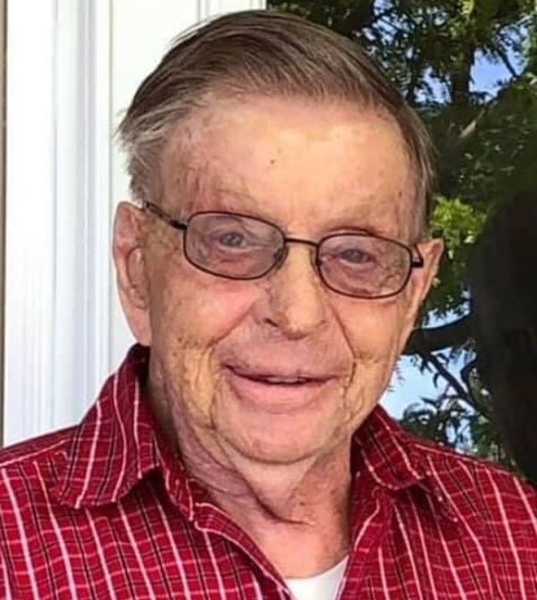 Arnold Kittelson was reunited with his family in Heaven on March 25, 2022. He was a beloved son, brother, uncle, cousin and friend to many.  Arnold was born March 28, 1936, in Bottineau, North Dakota to Lewis and Aasne Kittelson.  He was the last of his immediate family to pass and missed his parents and sisters very much.

Arnie grew up with his three sisters on the family farm close to Lake Metigoshe in the Turtle Mountains north of Bottineau, about 4 miles from the Canadian border.  He loved animals and raised turkeys, geese, cattle, rabbits, pigs and chickens, plus several dogs, and the ever-present farm cats.  Half a mile from home was Hilton #2, the country school he attended through the 8th grade.

He began his life’s work: as a young man trapping and hunting the nearby abundant wildlife; some hides he stretched and dried for sale. Arnie was a cook for most of his life, at one point surviving a severe kitchen fire at Bottineau’s bowling alley where he worked. He went back to the farm to heal and even helped with the haying that fall, then Arnie began his career with the Christian Center and Camp.  Several wonderful years were spent as the head camp cook and anything else they asked him to do.  He cooked at the nearby Birchwood restaurant, where he could handle any position, including waiter, bartender, etc. A former boss stated they could go on vacation knowing that dependable, honest Arnold would take over, even remembering what repeat customers ate and drank. For his last years he lived with his sister, Helen, in Idaho and with his nephew and niece in Jerome.

He never married but stayed on the family farm to help his parents with all aspects of planting and harvesting crops, haying, raising cattle, calves, and milking. The cream was hauled to town in 10-gallon cans and sold to the creamery. The Kittelsons always had a vegetable garden, rhubarb and a raspberry patch. He helped to pick the wild berries in the hills—pin cherries, juneberries, cranberries and chokecherries, and helped preserve it all.

Arnold had a big heart and was known as a caregiver, first for his parents, then later for his sister Helen and her husband Herb, who would not have been able to stay in their home if not for Arnold’s help in their care.   Over the years he helped raise several of his siblings’ children while living at the farm. If anyone needed Arnie, he was there with open arms and heart. He was known to stop at sister Louella’s and take a couple of her boys home with him after work.  A cousin related that they were sitting at the table, and someone brought up how much they liked sour cream raisin pie. The next morning, a pie appeared on their doorstep, compliments of Arnold. We also loved his holiday lemon meringue pie, and his special chocolate cake recipe has been shared throughout the family.

Arnold was preceded in death by his parents, sisters Hazel, Louella and Helen, four nephews, three nieces, and numerous aunts, uncles and cousins.

Services will be held at 11:00 am, Saturday, April 9, 2022, at St. Paul’s Lutheran Church, Rev. Jason Gulliage officiating, with viewing an hour before the service. Following the internment at Jerome Cemetery, a luncheon will be offered at the church.

Arnie, no more cords and tubes, you are free of all your earthly chains, Hallelujah.  Special thanks to Idaho Home Health and Hospice and the caring staff at Desano Village in Jerome

To order memorial trees or send flowers to the family in memory of ARNOLD O. KITTELSON, please visit our flower store.