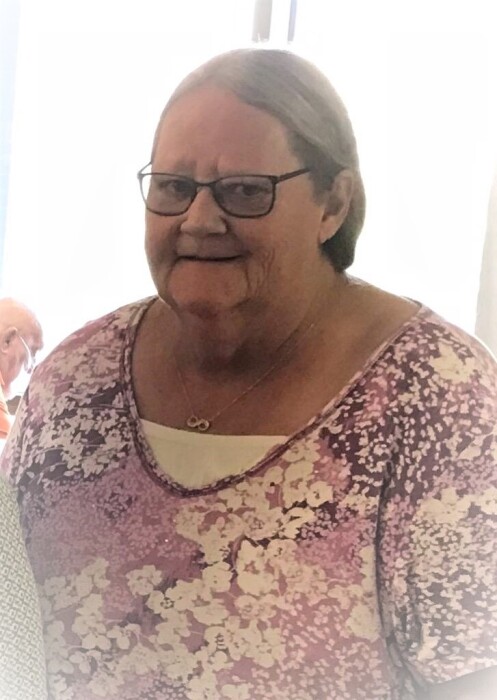 Diane Palmer Martinez, a 64-year-old resident of Wendell passed away on July 30, 2020, at St. Luke’s Medical Center In Twin Falls.

She was born August 21, 1955, in Gooding to Ralph and Lucille Palmer and as the youngest of six children.  She attended schools in Shoshone and graduated from Shoshone High School in 1974. Diane grew up in the close-knit area of North Shoshone where she still has lifelong friends.  There she enjoyed her days riding horses, swimming with her sister, nieces, nephews and neighborhood kids in the canals and helping in the family-owned country store. She loved the time she spent in the mountains camping with her extended family.

After high school, she went to work at Tupperware. After Tupperware closed, she did stints as a nurses’ aid and other jobs until she went to work at Walmart in 2000.  She was one of the original employees at the Jerome Walmart and was still employed there at the time of her death. She will be greatly missed by her best friend and co-worker Angie, and her extended Walmart family.

She married Tony Martinez on October 16, 1984, in Elko, NV.  They enjoyed fishing and camping and hanging out with their family and friends. Diane had a never-ending deep love for her family and friends. She was always interested in what was going on and kept in touch to support, encourage, and celebrate.

Diane loved the annual family Christmas candy making, which started with her mom and sisters and continued throughout the years.  She enjoyed the process and sharing her portion of the treats with her family and friends.  It gave her a chance to spend uninterrupted time with her sisters and nieces.

A Celebration of Life Potluck will be held Saturday, August 15th from 5 to 8 with a short service starting at 6:00 p.m. located at 503 West Ave C, Jerome Idaho.  Cremation is under the care of Demaray’s Jerome Memorial Chapel.

To order memorial trees or send flowers to the family in memory of DIANE MARTINEZ, please visit our flower store.
Send a Sympathy Card