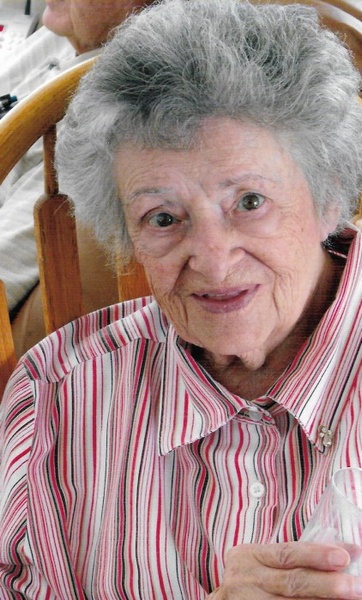 Dorothy was born in Sterling, Colorado to Hattie Belle Gabel Bartholomew and Leamon Hugh Bartholomew on December 3, 1920. She was the first of six siblings and spent her first six years in Colorado on her family's farm. At age 6, Dorothy and family relocated to Eden, Idaho, later settling in Jerome, Idaho as farmers and closer to extended family.

Dorothy enjoyed a loving childhood and was known for her kindness. She went to school in Jerome, where she met her future husband, Mac Berton Ambrose. It was well known Dorothy was a beauty and adored woman, both in her early years and throughout her life. She graduated in 1939 from Jerome High School and was the last surviving member of her class.

Dorothy married Mac Ambrose in Eureka, NV on July 23, 1941. Shortly after their elopement, they moved to Tacoma, WA where they enjoyed the Pacific Northwest, and where Dorothy became a first-time mother and military wife as Mac joined the service during World War II. (Dorothy and Mac celebrated 74 years of marriage before Mac's passing in 2015.)

After their designated time in the service, Dorothy and Mac moved back to Jerome, Idaho to grow and raise a vibrant family of four - Harold Richard “Dick” Ambrose, Billy Lee “Will” Ambrose, Bobbie Kaye Ambrose, and Ronald Dean Ambrose.

Dorothy spent her years as a loving wife, dedicated mother & grandmother, caring daughter & sister, fun-loving friend, talented artist & seamstress, and resilient community-member. She worked alongside her husband in the Ambrose family’s photography business by hand-tinting hundreds of portraits and managing the books; while also being a full-time mother.  She became an artist, painting and drawing multiple art pieces, loved to go square-dancing, attended the J'Cettes, took the family camping, was an active church member, enjoyed golfing and card games with friends, and always loved wintering in Arizona.

Dorothy Ambrose was the epitome of elegance with her classy style, she’s still known for her love of red lipstick and red roses, her silent strength (she never complained), and her never-ending love for her family and friends. While she will be missed every day, her legacy will live on making the world slightly more beautiful and resilient every moment, through the lives of those she touched.

A Celebration of Life will be held on Saturday, Sept. 14, 2019, at 11:00 am at Demaray's Jerome Memorial Chapel. Services conclude at the chapel.

The family suggests donations be made to the Jerome Historical Society, PO Box 50, Jerome ID 83338.

To order memorial trees or send flowers to the family in memory of Dorothy Ambrose, please visit our flower store.