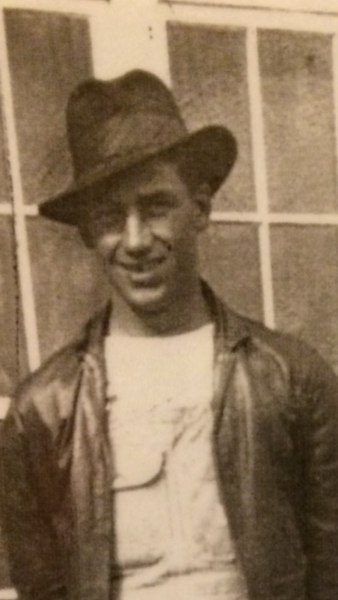 Elvin Bolich, 100 yr 8 months, passed away June 6, 2020, at his son’s home in Jerome, Idaho with 3 of his children present.  Elvin was born September 28, 1919, in Ainsworth, Nebraska to Edward G Bolich and Florence Alice Mygatt Bolich.  Elvin was the only son along with 5 sisters. Elvin attended Ainsworth High School and his senior year was spent at the Nebraska School of Agriculture, Curtis, Nebraska and graduated from the school in 1936.  This school is part of the University of Nebraska in Lincoln.

He met Jane Roan at a dance in Johnstown and was married on July 28, 1940.  This marriage lasted 77 years until her death three years ago.  They farmed in Ainsworth with his family and moved to the Jerome area in 1947 and farmed in two different locations within Jerome County.  He worked with his sons over the next 40 years before retiring to a life in the “city”.

Elvin enjoyed camping and hunting in the fall with Henry Reid and Melvin Jones, long-time friends.  They would stay at the hunt site for two weeks at a time, reveling in trying to find an Elk and cooking over wood-fueled camp stoves, generating many stories, and spending time pitching horseshoes with anyone who wanted to play.   Elvin was leader of the Salt Licks 4-H Club. He encouraged his children to be active in school including sports and clubs and community groups.  Elvin and Jane bought a home in Yuma and enjoyed going there for 29 years during the winter months.  They liked meeting all the Nebraska friends in Yuma and other areas, especially Phil & Alray Sayler, and visiting Los Algodones, Mexico.  Elvin and Jane grew grapefruit and lemons and oranges.  They were always happy to bring them home to friends and family.  Endless domino games and card games were played with friends and family.

Elvin was welcomed to Heaven by his wife Jane, his parents, 5 sisters, Ada, Gladys, Corrine, Alice and Ardith and a beloved daughter, Judy Bolich Lowry and a son-in-law, John Allgair.

Graveside Services will be held on  Friday, June 12 at 11 AM at Sunset Memorial Park, Twin Falls, Idaho.  It is under the direction of Demaray’s Jerome Memorial Chapel.  In lieu of flowers the family requests donation to the  AG scholarship fund  of the Magic Valley Antique Tractor Pullers, Inc., Branch  #38 c/o of Sandy Shaw, 137 Fafnir Drive, Kimberly, ID 83341.

To order memorial trees or send flowers to the family in memory of ELVIN BOLICH, please visit our flower store.