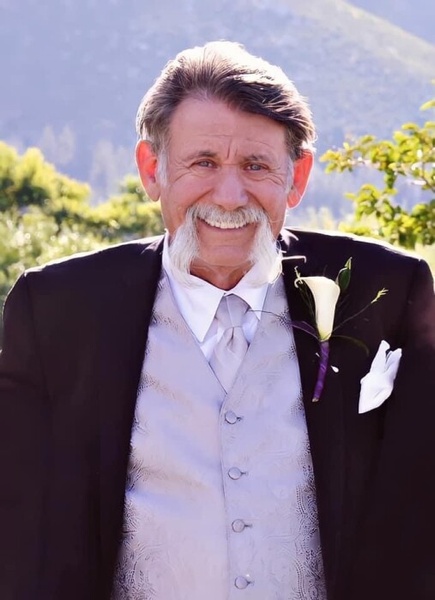 Gerald Martin Luther passed away on April 8, 2021, unexpectedly as a result of a fall that caused a brain injury. He was 75 years old. Gerald was an organ donor so he will go on giving like he always did. His name will be on The Celebration of Life Monument in Salt Lake City, UT to honor his organ donation.

Gerald was born on December 27, 1945, in Twin Falls, Idaho. He graduated from Jerome High School in 1963. He served in the National Guard where one of his specialties was his recipes and cooking skills. Gerald worked as a bricklayer and construction worker which took him to many states as well as overseas for projects, bringing back souvenirs from the places he visited.

Gerald was an avid outdoorsman. He loved to shoot and fish. He would drive the country for hours helping out local farmers and ranchers shooting varmints. He had several shooting tables that he would set up for target practice or long-range shooting. He was an excellent marksman and could take down his target in the 500-600 yard range. He was a proud champion at skeet shooting which he was in a magazine for.

Gerald was also a biker, owning several motorcycles over the years and riding. His love for Harley-Davidson motorcycles and charity came together by him giving rides for charity. He was big into charity for children especially. Gerald had a kindness not found in many people. If there was anything you needed help with, he was always first in line. He was always laughing, telling stories, talking about squirrel shooting or his work buddies, and his friends and family over a Clamato beer. Another favorite of his was playing pool which he was very good at.

He was a good man, father, brother, son, partner, and friend. He will be greatly missed by all who knew and loved him. His memory and goofiness are cherished among those who had the honor of knowing him.

He was preceded in death by his father, Carter Van Luther, his mother, Luella Perny King Luther, and his brother Vernon Luther.

Funeral services will be held at Demaray Jerome Memorial Chapel on May 8, 2021, at 11 am. Shortly after the service, there will be a Celebration of Life held at The Elks Lodge.

To order memorial trees or send flowers to the family in memory of GERALD LUTHER, please visit our flower store.