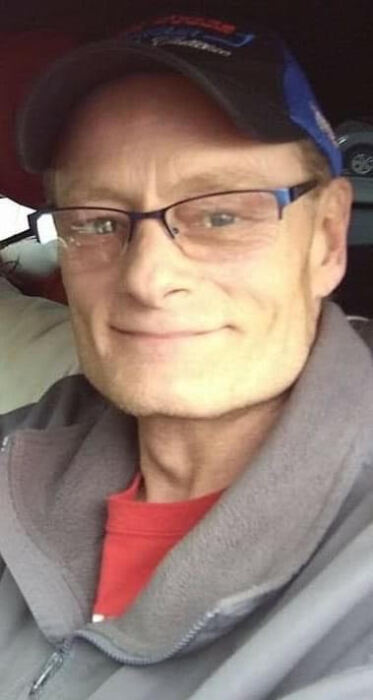 Les was born on January 9th, 1965 to Mary and Lester Turner.
He was raised and educated in Geronimo, Oklahoma where he graduated in 1983  from Geronimo Public School. He attended a small business school in 1990 where he received his small engine repair certificate.
Les married Carolyn Marie Garrison on September 18th, 2004 in Lawton Oklahoma. He worked at Cactus Pete's in Jackpot, Nevada for 13 years. He, his wife Carolyn and Grandson Asher moved to Jerome, Idaho where Les began working on the Mozz Line at Agropur in Jerome. He was a very family-oriented man and would do anything he could to make everyone in his family smile. In addition to this, he also enjoyed woodworking and working on cars. He enjoyed cooking with his grandchildren any chance he could get. He would do anything to make sure his grandchildren were happy. He was a very loving man and showed this every day by the way he treated not only his family but everyone he could. He was a selfless, very caring man putting the needs of others ahead of his own. His life changed in 2013 when his grandson, Asher Ray Stirber was born. Asher lived with his  Papaw and Nana for most of his young life. Asher was literally the light in Papaw's smile.
Les is survived by his wife, Carolyn Turner, Jerome, Idaho; his two sons Kevin Turner and Kyle Turner and  wife Victoria of Wichita Falls, Texas; daughter Jessica Teixeria of Pocatello, Idaho; Son-in-Law David Garrett,  sister Tammy Turner-Allison and husband Ben Allison of Lawton, Oklahoma; Sister-in-law Bertha Bumbarger and Husband Karl Bumbarger of Goshen, Ohio; Sister-in-law Donna Hulen and husband David Hulen of Goshen, Ohio; Sister-in-law Brenda Henderson and husband Perry Henderson of Kennard, Texas; 7 grandchildren Marrisa and Ben Messmer, Skyla Garrett, Trenton Garrett, and wife Mary Coberly, Aspen Garrett and fiancee Eric Morales, Addie Frawley, and Asher Ray Stirber of the home and, Amila Turner, 6 great-grandchildren, Julian Martinez, Ryan & Riley Messmer, Stassi & Lincoln Garrett, and Kenz'o Morales along with many nieces and nephews, and many cousins
Proceeded in death by his mother and father Lester Turner and Mary Lou Payne; mother and father-in-law, Woodrow & Wilma Garrison; daughter Mary Jean Garrett; granddaughter Teri Marie Garrett along with 2 grandsons Boston and Bryson Stirber.
Memorial Services will be held at 2:00 pm on Friday, October 1st, 2021, at Demaray's Jerome Memorial Chapel, 629 East 3rd Street, Jerome, ID 83338. A visitation for family and friends will be held from 4:00 until 7:00 pm Thursday, September 30, 2021, at the funeral chapel.
Memorial contributions may be made to https://www.gofundme.com/lesley-turner-memorial.

To order memorial trees or send flowers to the family in memory of LESLEY TURNER, please visit our flower store.
Send a Sympathy Card