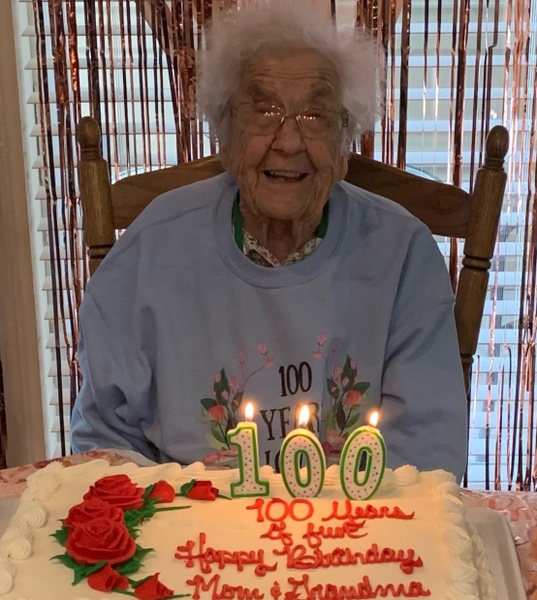 She was born at Niota, Tennessee, on March 9, 1922, the daughter of Tom P. and Ethel Barnes.  She came to Idaho on the train when she was 3 years old.  She attended schools in Jerome, Pleasant Plains, Lincoln, and Jerome High School.

Oma married Delbert Hall on March 9, 1941.  They farmed and raised cattle and horses.

She was a member of the First Baptist Church of Jerome for 78 years and attended Thursday morning Bible Study.

She is preceded in death by her husband Delbert Hall, daughter Janet Stanley and her son-in-law Rex Jones, and her brothers Harriman, Bill, and Hershel (Bud) Barnes.

Memorial donations may be made to the First Baptist Church of Jerome.

To order memorial trees or send flowers to the family in memory of OMA HALL, please visit our flower store.