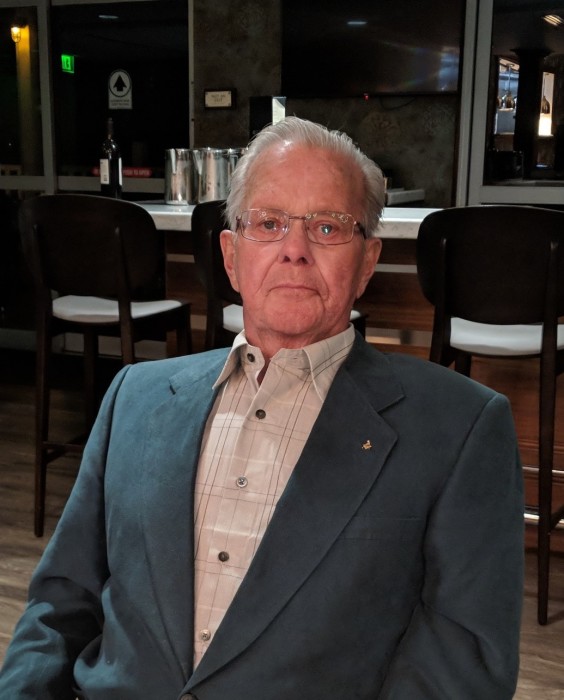 Robin Kinsey, a lifetime resident of Idaho, passed away at his home in Jerome; his loving wife at his side on Thursday, June 20, 2019.

Robin was born May 23, 1941, in Shoshone, Idaho to Alpha and Luella Kinsey; the youngest of 11 children.  He grew up in Shoshone, graduated high school in 1959; he excelled in sports and academics.  At an early age, he was a philanthropist before he was old enough to drive, he was cleaning toilets at the McFall hotel and sanding cattle cars.  By summers in high school, he was working for Morrison Knudson on the Hells Canyon project.  He attended college at Idaho State University, graduating with a degree in pharmacy in 1966.  After college, he briefly worked as the Director of Pharmacy at St. Al’s Hospital in Boise; the largest hospital in the state at that time.  In 1974 he moved back to the Magic Valley and purchased McClery Drug in Jerome.  For the next 29 years, he worked as the hometown pharmacist in Jerome until his retirement in 2003.  Most recently in a partnership with Rich Everson at R & R Pharmacy.

Robin was very civic-minded, he was a lifetime member of Optimist International, he served as president of many organizations, including Chamber of Commerce, and Rotary.  Robin and his wife Ann received the Lifetime Achievement Award from Jerome Chamber of Commerce.  He was also very proud of his accomplishments as a member of the Masons as well as the Shriners.  Robin has been very active in his local church; as a member, Deacon, and worship team leader.  Lot’s of people will remember seeing him playing his guitar and singing in church.

Robin was an avid sportsman, he loved spending time afield with his friends and family.  He was also a private pilot and accomplished horseman.

During his time at Idaho State University Robin met his wife of 57 years, Ann.  Together they have owned many successful businesses, built houses, homes and raised 3 children.  They loved to travel together and in their “older” years they traveled to 6 of the 7 continents, including Antarctica.

Robin is preceded in death by his parents, brothers Henry, Bill, Lou, & Edward as well as his sisters Lola, Donna, & Cherri.

Robin lived a very active and full life.  He will be missed by all that knew him.

A graveside service will be held July 6, 2019, 2:00 pm at the Shoshone, Idaho cemetery.  Arrangements are under the care and direction of Ange Demaray at Demaray's Jerome Memorial Chapel

To order memorial trees or send flowers to the family in memory of ROBIN KINSEY, please visit our flower store.
Send a Sympathy Card