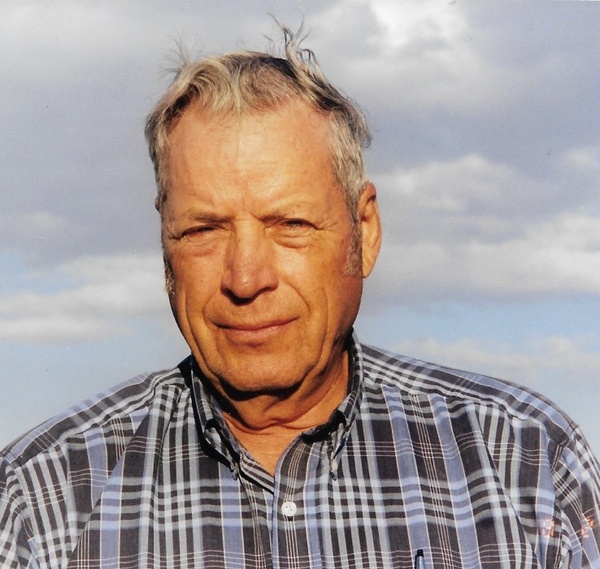 On Saturday, 19 Oct 2019, Truman Beem, passed away in his home after a short illness at age 94.  Truman was born in Turner, Idaho and moved to the Jerome area at a young age where his family farmed north of Jerome.  He was the son of Virgil Beem and Katie Beem (Voss) and was the fifth of seven children.

Truman graduated from Jerome High School in 1943 and joined the Army Air Corps shortly after graduation where he trained as a bombardier/gunner in a B-29.  After leaving the service at the end of World War II, he returned to Jerome where he met the love of his life, Ruby West.  There were married in Nov of 1947 and spent the next 72 years together.  They raised four children, Don, Dan, Daryl and Debbie and after Debbie’s untimely early death, they raised their grandson Kelly.

Truman worked at the Farmer’s Elevator for ten years after his separation from the service before returning to farming, the occupation that he loved.  He spent the next 40 plus years farming in the Jerome area.

Truman spent his free time with his and Ruby’s large extended family.  Almost any excuse would do to have a family picnic or barbecue with his kids, grandkids, great-grandkids, in-laws, nieces, nephews and his many neighbors and friends.  Truman loved the outdoors and enjoyed fishing, hunting, camping and snowmobiling.  He was an avid horse rider and rode extensively as a young man and later, as a family man, always had the family horse to take deer hunting.  Truman loved to travel and after his retirement from farming, he and Ruby bought a motor home, and with Kelly, traveled all over the western and central United States.

Truman and Ruby were members of the United Methodist Church in Jerome.

He is preceded in death by three of his children; Dan, Daryl and Debbie, granddaughter Tara, his parents Virgil and Katie and five siblings, Dorothy, Art, Anna, Fred, and Laura.

The Beem Family would like to offer their thanks to the staff and medical support personnel of Visions Home Health and Hospice Visions for all the love and care they provided to Truman.

In lieu of flowers, donations can be made to the United Methodist Church in Jerome, Idaho.

To order memorial trees or send flowers to the family in memory of TRUMAN BEEM, please visit our flower store.